Is your Condensing Boiler Installed with a Pressure Safe System?

Is your Condensing Boiler Installed with a Pressure Safe System?

Condensing boilers are water heaters fueled by gas or oil. These heaters are one of most common types of heaters used around the world and are found in many residences and commercial and public buildings.

Boilers have several strengths that have contributed to them being widely used. They last a long time and can be very energy efficient. In many instances, they are now required by the European Union.

However, all combustion equipment must be operated properly to prevent dangerous conditions or disasters from occurring. To reduce the risk of abnormally high pressures in the hot water system and to reduce chances of an explosion, water heater manufacturers often include pressure relief valves (PRV) in their systems.

But PRVs are not perfect. Water occasionally drips from them and this can indicate that a tank is exceeding its pressure point. A broken pressure relief valve can flood property, and in the worst possible scenario, even explode. For example, during cold weather, pipes can freeze and create a blockage with the system backing up and blowing internally.

Furthermore, scalding water, if not properly drained outside, can pose a serious risk to anyone walking in close proximity. In addition, corrosive byproducts from the poorly drained condensate could significantly degrade the exterior of a building. This can become a really serious issue and lead to breaks in the wall and a costly repair bill. 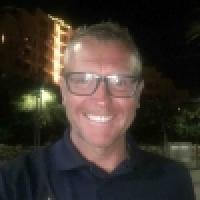 Connecting a mini pump alarm circuit: why it matters and how to do it

Connecting the alarm of a mini condensate pump is a simple and essential step. But it’s one that’s often overlooked.

Instruments
Heat pumps: how do they work and how to maintain them?

Heat pumps are the new stars of the heating world. These systems outperform others on several fronts, and many governments are introducing new laws and regulations to encourage their use.